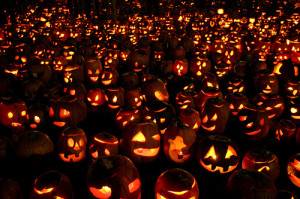 With the leaves turning colours and mother nature dropping the temperature, the first eventful weekend of fall is upon us – Halloween. Ive personally never been a huge fan, as the amount of work and thought that goes into a costume for a single night or even two has never appealed to me. I find myself on the day of an event i’m attending, picking through the scraps at various department stores in a feeble attempt to throw something together.

Last night (Actual Halloween) I took note of how few children were out and about, trick or treating. Ive found that halloween is becoming more of an adult event, with elaborate costumes and a plethora of parties and events to attend. Maybe it was just the area of residential houses i happened to drive through, but it seemed that the number of kids going out and collecting candy is declining and that over the past ten years, its done so exponentially. It could be due to my age and the fact that you are around more people your own age, thus it appears this way. But with a decline in births per couple in North America, and people having children at older ages, its hard to believe that this isn’t playing a large factor. Halloween is a fun time none the less and is a good way to spend a week end with your friends and family.