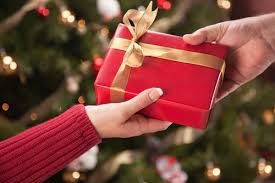 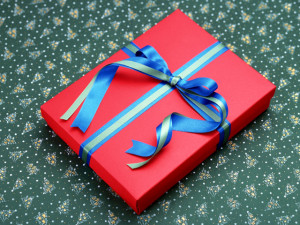 Believe it or not, it exists. Christmas gift etiquette is a thing. We often forget about the way we should be receiving and giving gifts. We all have that one friend or family member that thinks its hilarious to shake the gift when you’re yelling at him or her not to. Which leads me into my first point….

Don’t shake your gift! The gift is supposed to be a surprise. Embrace that. Don’t spoil it by shaking the contents. You might find it amusing, but nine times out of ten it really isn’t. Plus you run the risk of damaging what ever is in the box should it be glass, or an electronic device of some sort. Resist this urge.

Don’t guess. Like i said, the whole point of a christmas gift and a present in general is the surprise. Its wrapped in paper so you can’t see what it is. Don’t start taking honest stabs at what it could be. If you’re someone that can hold a straight face when they randomly guess it correct then great. It’s still irritating none the less. If you ask them to guess thats another story. Steer clear of doing that though. Its irritating when its guessed correctly and they can tell by the look on your face that they’re right.

This applies to gift giving, but more so to the purchasing. If theirs a limit to what you can spend on a gift, if it be for an office party, secret santa, or you’ve agreed on a limit for whatever reason, STICK TO IT! All you’re doing is making the other person feel inadequate. Yes its great that you went above and beyond, and the recipient is happy, i’m sure, but its still a drag when your gift feels inferior to what you’ve received.