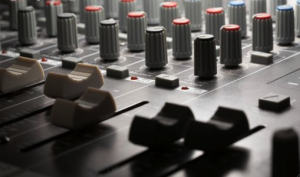 A lot of people cant honestly say they know what goes on in a DJ booth. The complex look of so many blinking lights, knobs, dials, faders and what ever else. Ive found out recently that a lot of people actually have belief that the artist performing on stage is actually producing the songs on the go. This can be a common misconception.

DJing essentially requires any given person doing it, to take two songs and blend them together, most of the time seamlessly for the crowd to keep the flow going. Don’t get me wrong, DJing really does take talent, a keen ear and creativity, but I wouldn’t go as far as to call them producers. Not on a level of actual producers at least.

Producers are the guys that create the music out of nothing. They’re the ones that have to put in the crazy hours to make sure a kick drum has just the right amount of bass, and that the whole song sounds good in every type of speaker. Ive learned from experience that many productions i’ve worked on sounds great in my studio, but sound less pleasing through my laptop or car stereo. Fine tweaking is the name of the game with production. Which is a separate entity from DJing.