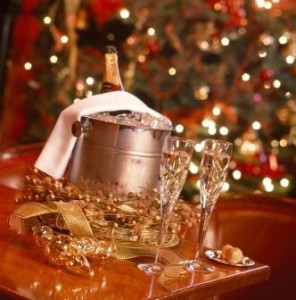 Now that were in the month of December, you might start to think about what you’re going to be doing for new years. Im typically the person that scrambles for a ticket to some event, two days before new years, and pays some outrageous price for it. However, have you ever considered throwing your own event. All though you can make the argument that its more hassle to organize, thats only true if you have a huge bash in mind.

New years parties can be kept relatively cheap and on budget. Its ultimately up to you as to how large and over the top you want it to be. Typically, as long as you have a few bottles of champagne and some good friends, you’re set to go. Renting out a small hall or having it at your place can save you and your friends a fortune on tickets to an over sold downtown party, at some over exaggerated bar.

Usually the best times are the ones you organize yourself. I personally prefer to skip the bar scene and just hang out with good friends. Spin some good music, pour some champagne and countdown in unison. That may not be your cup of tea, but if it is, then consider organizing an event for your new years party. With a handful of weeks left till new years, its still early to whip something up.

Airwaves also has a large roster of DJ’s to choose from for your perfect new years bash if you’re in need of someone with great musical taste. Top tier talent bands, DJ’s and artists can really put the cherry on top of your great evening. Make your party one that people wont soon forget!