A Summer Weekend In Calgary 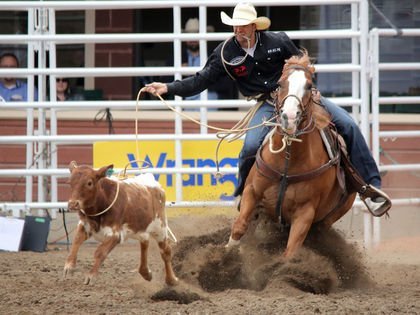 This summer, a handful of friends and I made a decision, on a whim to make the trip to Calgary for this globally know event called the Calgary Stampede. I was however, at the time, in my home city of Edmonton visiting for the weekend. Finding ourselves stuffed into an SUV, we found ourselves in the heart of the chaos no more then an hour and a half later. Having never been before, i was unsure what to expect, but had only heard tall tales from other friends and associates of mine.

Finding ourselves downtown as the sun set on a rainy day in Southern Alberta, we could find nothing but cowboys. Once I took only a moment to think about everything surrounding me, this made total sense. Fearing drastically long Bar lineups, it didn’t take us long to find ourselves in the belly of the beast at one of their Western themed nightclubs. Country music is a surprisingly popular genre of music but just isn’t for me. I dont have anything against it, you just wont find me pumping TIm Mcgraw out of my speakers as i’m casually driving down the highway. One thing led to another and a communal agreement landed us at a fantastic venue called “Flames Central”. With an auditorium sort of feel, I could see why the place was sold out. With the night coming to a close I could see the appeal of this city and could make sense of the resulting boom they were experiencing in a sense of infrastructure growth. Airwaves Music looks forward to experiencing this city and what other venues and events it has available!