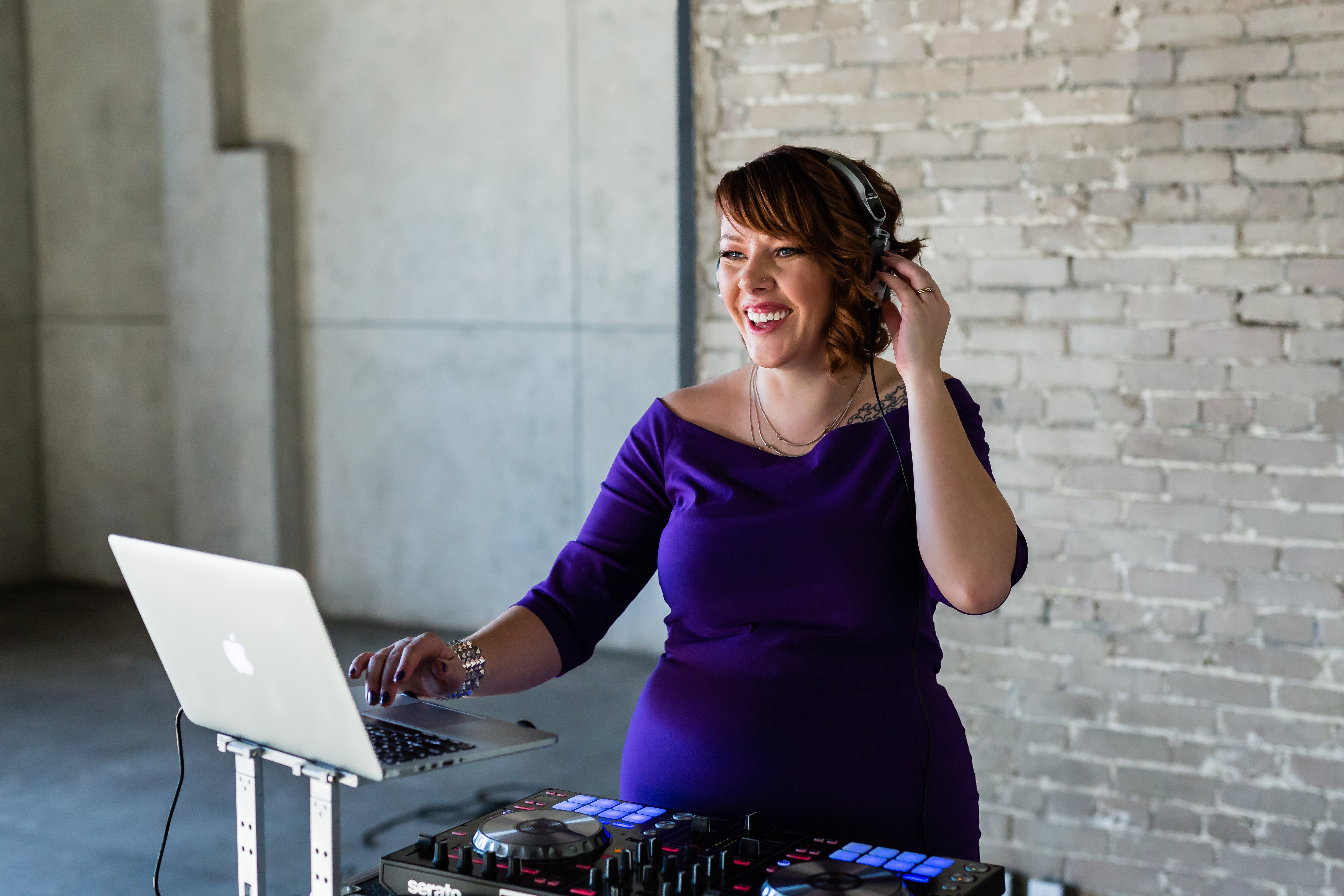 DJ Stacey believes that music has the power to change lives.

Raised on a diet of classic rock on vinyl, Stacey knew the words to ‘American Pie’ before she was in elementary school. Growing up in the era of Spice Girls, boy bands and one Mariah Carey chart-topper after another, it was inevitable that her love for music would morph into a outright obsession with pop music.

Her musical education diversified while travelling the world and working in the skateboarding industry. She absorbed the punk rock, new wave, hip hop and alternative music celebrated in skate culture, and fell in love with jazz, swing and soul while digging through the $2 bin at her local record store.

Regardless of her lifelong love affair with music, becoming a DJ had never crossed Stacey’s mind. That is, until a classified ad called her name, and she began training as a wedding DJ in Edmonton in 2012.

Since then, Stacey has performed at more than 250 weddings and events. Even though she’s DJed for audiences of up to 2500 people, and been flown across Canada to perform, the moments that stand out as career highlights are those that only a few people see firsthand. When a group of friends are belting out the last song of the night with their arms around each other… or when a father and daughter break into an epic air guitar battle… or when a groom is hoisted on the shoulders of his best friends who are sharing in his joy… those are the moments that make Stacey proud to be a DJ.

Stacey believes that joy is found on the dance floor when you’re surrounded by people you love, and you can expect a curated mix of uplifting, funky, nostalgic and sing-along-able hits when she’s behind the decks. She’s just as happy to indulge your need to shake it to some throwback hip hop as she is to see your grandma get out of her seat to do the Twist.

Stacey is continually dazzled that she gets to spend her days playing music for people during the most memorable moments of their lives, and she can’t wait to help you have wedding music that is 110% awesome.