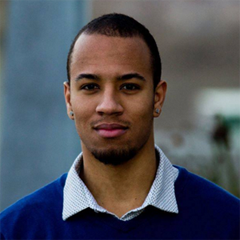 Born and raised in Western Canada, Dejo began experimenting with music early in school while living in his hometown, Calgary, Alberta. What started as simple media arts projects and guitar classes quickly
turned into a love for the creation of unique sounds.

After moving to the Okanagan Dejo spent almost all the money he had saved on a pair of Turntables, a Mixer and DJ software. After learning the ropes and getting exposure playing for restaurants and special events, he was ready to take his DJ skills to the next level. In his past life, Dejo has won awards for Excellence in Sound Engineering. He is now enrolled in UBCO where he currently studies Mechanical Engineering. Dejo began DJing professionally through performing with Element Events and was soon making a name for himself in the Club scene, playing for acts such as Dev, Lazy Rich, DJ Bl3ND, and King Los, among others. Dejo also played a vital role in helping organize big name concerts in the Okanagan during the summer of 2014. To date, he has performed at every major nightclub in the city multiple times.

Along with Weddings and numerous corporate parties under his belt, DJ Dejo has the experience and style
that any event is sure to enjoy.

Back to Kelowna DJs